There’s no shortage of charitable organizations around the world. In the U.S. alone, there are nearly 2 million nonprofit organizations and 501(c) (3) charities. These groups are striving to make an impact in areas that span from human rights to arts and culture.

One downside to so many charities? It’s easy for these groups—particularly the newer and smaller organizations—to get lost in the shuffle. If donors and volunteers don’t know how to help, philanthropic groups can fail. The National Center on Charitable Statistics reveals that about 30 percent of nonprofits no longer exist after 10 years.

Promotional products can help charities stand out and connect with their target audiences, whether they want to reach corporate sponsors, event attendees, advocates or volunteers. About 20% of people who donate to charities say they are more likely to give money if they get a free gift in return, according to Giving USA. In other words, bring on the promotional products—people want them.

Organizations can also use logoed items to educate those on the receiving end of charitable programs and offerings. From food banks and homeless shelters to organizations that donate clothing and shoes, promotional campaigns can help connect charities with the people who need them most.

People want to contribute their time and money to causes that matter to them. Last year, more than half of Americans (56%) donated to charities, according to LendingTree research. Food banks, religious groups and animal-related causes received the largest outpouring of support. Research shows that about one in four people also made a pandemic-related financial gift last year. The same number contributed to racial justice causes. No matter where they’re giving, men tend to donate more than women on average—$711 compared to $446 a year, respectively.

The United States ranked as the world’s most generous country from 2009 to 2018, according to the World Giving Index, an annual report from Charities Aid Foundation. However, in 2020, the U.S. slipped to 19th in the world for charitable giving ($471 billion, albeit a record high for the U.S.). Many of the world’s most-giving countries also dropped in their rankings amid the pandemic. This is likely due to fewer opportunities to give, as fundraising events got cancelled and charity-based retail stores shut their doors.

Through promotional campaigns, charities of all types and sizes can reengage their audiences and press on toward their mission.

Charities need volunteers, but volunteers can be hard to find. A January Gallup poll revealed that volunteer activity remains below pre-pandemic levels. Last year, 56 percent of U.S. adults say they volunteered their time for a charity, compared to 64 percent in 2017.

Some volunteers may hesitate to return to their previous activities due to ongoing concerns about COVID-19. However, this doesn’t mean they can’t contribute in meaningful ways. Many organizations need help that volunteers can complete remotely, from writing letters to mentoring or tutoring virtually. Through promotional campaigns, charities have an opportunity to reconnect with previous volunteers and recruit new ones.

These were the nation’s largest charities in 2021, in terms of private donations received: 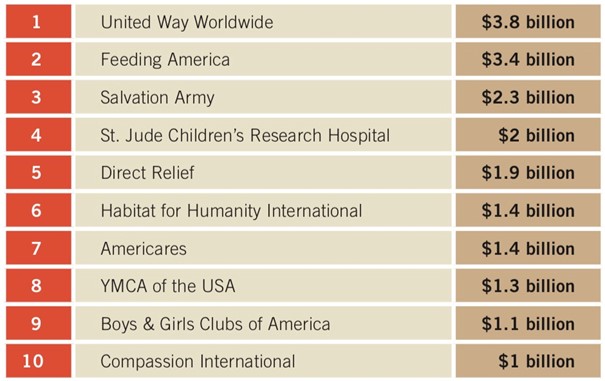 The Country's Most (And Least) Charitable States

WalletHub evaluated each state on 19 different metrics, including share of income donated and volunteer hours per capita, to determine the nation’s most philanthropic states. Here’s the breakdown:

Charity donors are increasingly drawn to mobile giving. Last year, online giving was up 9% from the previous year, with about 28% of all online donations being made on mobile devices. In 2014, only 9% of online donations came from mobile devices. Charitable organizations can incorporate promotional products into their outreach to show donors how easy it is to give right from their phones.

Rate of individuals in these groups who gave to charity last year: 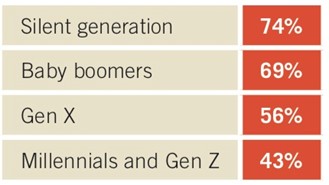 Nearly one-third of all annual donations in the U.S. arrive in December, according to Nonprofits Source, a search-engine optimization agency for nonprofits. About 10% of all donations occur on the last three days of the year, right before New Year’s Eve. With promotional campaigns, charities can stay in touch with donors and inspire more giving all year long.

The U.S. is home to an estimated 63 million volunteers who invest about 8.7 billion hours of their time each year, according to Philanthropy Roundtable, a national association of individual donors and corporate giving officers. This amounts to an average of about 139 hours per volunteer each year. Whether these people are building houses, distributing food or lending a hand in some other way, organizations can use promotional products to show appreciation for all their contributions.

In the U.S., volunteers report spending most of their time:

Volunteers and supporters can spread awareness of their favorite charity every time they slip on the Burnout Wash V-neck T-shirt. Made in the U.S. with a contemporary fit, this shirt is available in two classic colors. 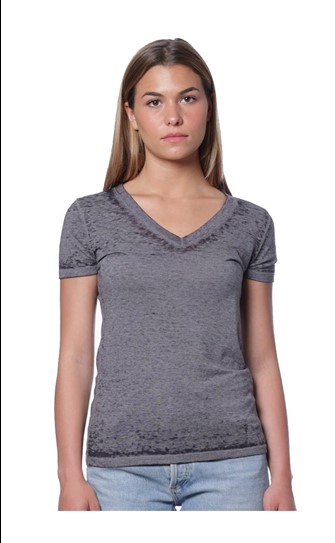 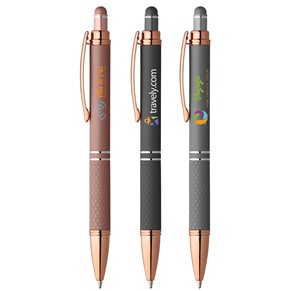 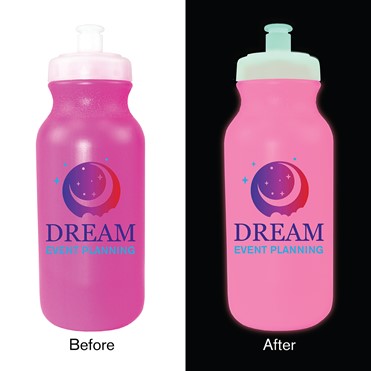 The Nite Glow Cycle Bottle makes a useful giveaway at charity fun runs or walks. Expose this 20-ounce water bottle to light to activate its night-glow effect. It features a wide-mouth opening, a push-and-pull cap and comes in a handful of bright colors. 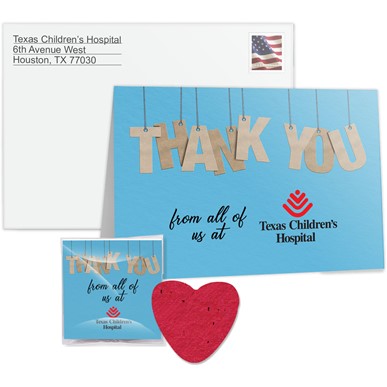 Foundations and nonprofits can thank donors and advocates with the Appreciation Mailer. This unique direct-mail kit includes a full-color, customized greeting card and a seeded paper packet. 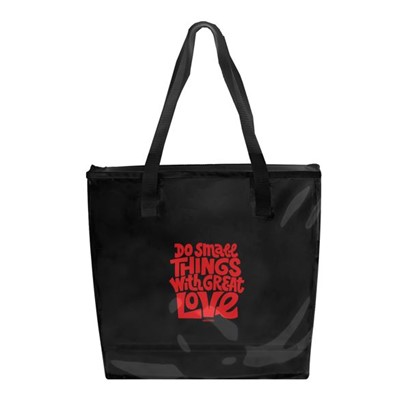 Charitable groups can package items inside the Clear Tote for a functional branding tool that can be used at sports events and more. The black translucent option is especially modern. 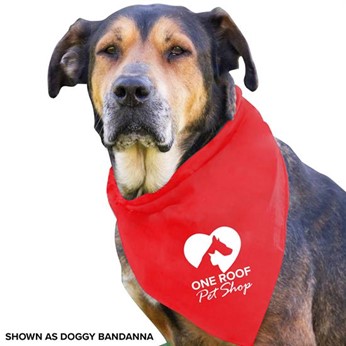 Ideal for animal-focused charities and rescue groups, the Large Triangle Bandana is made from 100% cotton and features a sizable imprint area. Choose from an array of vibrant colors.

If you have questions about a specific project please contact your rep directly or send an email to hello@gorillamarketing.net.